The current Tarot deck is based on the 78-card standard that was popular in northern Italy in the 16th century. The Major Arcana cards usually represent important issues in the querent’s life. They are the key fundamental principles of human life, such as life and death, ethical dilemmas, spirituality, and interaction with other people.

One can view the Major Arcana as a spiritual chart that one can consult and use to chart their course as they make their way through life and beyond. The Minor Arcana often deal with the mundane and superficial and how the querent reacts to them. However, when making a reading the differences between the Major and Minor Arcana are often blurred as the cards interact with each other and show a perfect picture of the querent’s life and its influences.

The following Tarot meanings are interpretations that I have been using for decades and have evolved through years of experience and study. There are no “correct” or “good” interpretations of the cards, but these fundamentals should guide you to the answers you are looking for.

The 22 cards of the Major Arcana are usually considered the most important in the deck as they reveal the foundations and pillars of the querent’s life. They consist of universally recognized archetypes and highly symbolic figures that cross a wide spectrum of mythology and religions:

0 – The Fool : It has a name, it does not have a number. It represents chaos, the potential creative force; also madness, liberation, a long journey.

3 – The Empress : fertility, seduction, creativity, emerge; an artist, a teenager.

10 – The Wheel of Fortune : end of cycle, new beginning, twist of fate.

The 56 Minor Arcana are the ancestors of contemporary cards and are equally divided into four suits. Wands correspond to clubs, cups to hearts, spades to spades, and coins (golds) to diamonds. In each suit there are ten numbered cards (from Ace to 10), and four face cards (Page, Knight, Queen and King).

The Suit of Cups: The suit of cups is usually associated with emotions and corresponds to the astrological element of water. His zodiac signs associated with Pisces, Cancer and Scorpio.

The Suit of Swords: The suit of swords is usually associated with intellectual activity and corresponds to the astrological element of air. The zodiac signs associated with Gemini, Libra, and Aquarius.

The Stick of Wands: The stick of wands is usually associated with the race and corresponds to the astrological element of fire. The associated zodiac signs are Leo, Aries and Sagittarius.

The Suit of Pentacles: The suit of coins is usually associated with the bride and groom and the material aspects and corresponds to the astrological element of the earth. The zodiac signs associated with Taurus, Capricorn, and Virgo. 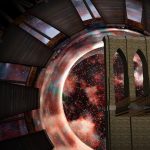 What does it mean and how to take advantage of it to fulfil your dreams? We tell you the keys to … END_OF_DOCUMENT_TOKEN_TO_BE_REPLACED